A friend recently gave me a picture she took at Auschwitz the infamous Nazi concentration camp as she know I’m into spooky stuff as she put it, I’ve highlighted areas of interest on the photo. 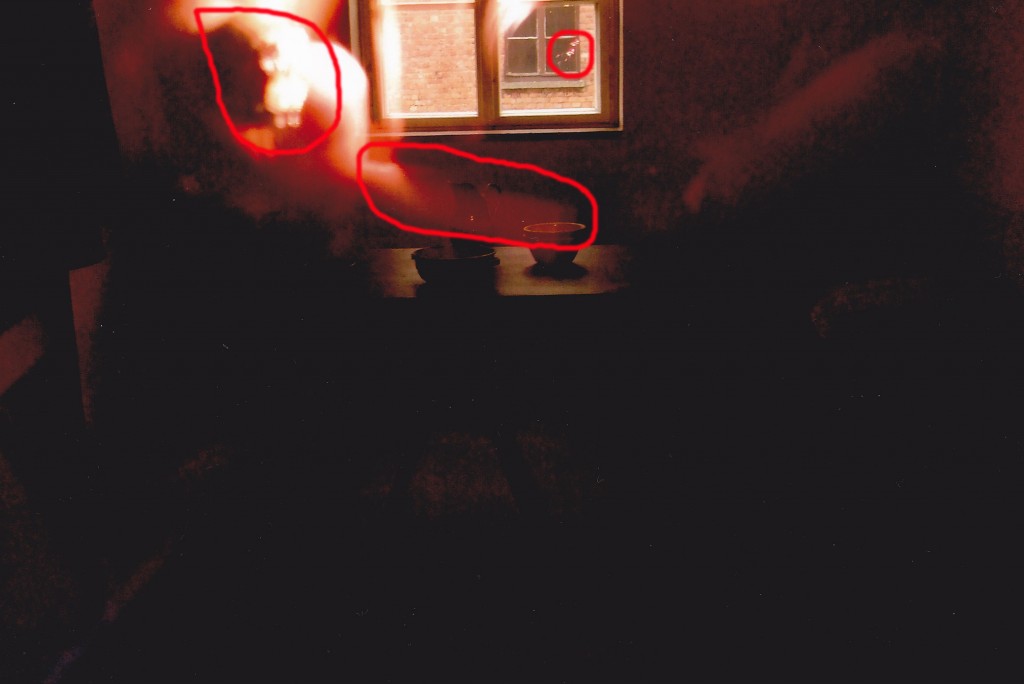 This picture was take through glass with a digital camera no flash was used, I believe the image I’ve circled in the centre is a reflection but the other two I’m not 100% on what they are what do you think?

Where the smallest of the circles is someone at the time had commented they had thought that they had seen a face looking out of the far window but was assured there was no one in that building at that time.

If Ghosts and Hauntings are real then Auschwitz must have its share of ghosts.

The exact number of victims at Auschwitz is impossible to fix with certainty. Since the Nazis destroyed a number of records, immediate efforts to count the dead depended on the testimony of witnesses and the defendants on trial at Nuremberg. While under interrogation Rudolf Höss, commandant of Auschwitz concentration camp from 1940 to 1943, said that Adolf Eichmann told him that two and a half million Jews had been killed in gas chambers and about half a million had died “naturally”. Later he wrote “I regard two and a half million far too high. Even Auschwitz had limits to its destructive possibilities”.

Real or Unreal You Decide