So The Black Monk of Pontefract what do you think? 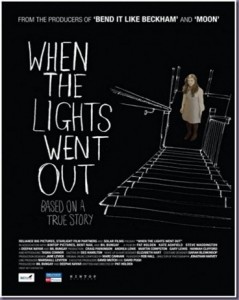 We’ve all heard about the film portraying the events that took place (When The Lights Went Out), but a film only shows you so much I’m here to fill in a few gaps, but first can I just say how disappointed I was been a local man that the film makers didn’t actually use the real house in the film.

Many theories have been put forth to explain the disturbances, and especially, the unique apparition of the force behind them. Ten years after the Black Monk of Pontefract ceased his activity, paranormal investigator Tom Cuniff visited the Pritchard home and researched the story. At the mention of the monk, he wished to explore whether the apparition could be a remnant from the local priory which had existed from 1090-1539, and whose gallows were just across the hill from the Pritchard home. Mr Cuniff proposed in his writings that a Cluniac monk that had existed during Henry the Eighth’s reign that was hanged for the rape and murder of a young girl. Hence, the poltergeist activity focused on Diane and could be interpreted as sexual in nature.

The disturbances now referred to as the haunting of The Black Monk of Pontefract allegedly began shortly after the Pritchard family moved into their home in the historic market town of Pontefract, West Yorkshire, England. On September the 1st, 1966, Joe and Jean Pritchard, along with their 12-year-old daughter Diane went for a holiday during the Bank Holiday, leaving their son Phillip (aged 15) behind with Mrs. Pritchard’s mother, Sarah Scholes. While alone in the house, Sarah Scholes felt a cold gust of wind, despite the warm late-summer weather outside. When Phillip re-entered the house, he noticed white powder falling from mid-air all around the living room floor. Shortly after, puddles of water began appearing on the kitchen floor. A plumber was called in that evening, but he could not offer an explanation for the apparent leakage, as the surface underneath the linoleum floors were completely dry and there was no evidence of ruptured pipes. When, that same night, a heavy chest of drawers began swaying without explanation, Mrs Scholes and Phillip left the home to sleep at a neighbour’s out of fear.

When Mr and Mrs Pritchard returned home from their holiday, the disturbances had stopped, and thus they concluded that the phenomena must have had some logical explanation; especially since, for the following two years they continued living in the house without the slightest peculiar activity.

However, as abruptly as it ended, the poltergeist phenomena began again, this time plaguing the family for several years- though they refused to succumb and move from their home. The main target of the activity during the second phase seemed to be the daughter, Diane, who was often thrown from her bed, and, in one instance, dragged up the stairs by an invisible hand that left lacerations on her neck.

Loud inexplicable crashing sounds were common, especially in the presence of outside company. Objects too went flying around the air and crashing, or dematerialising and then reappearing in a different location. Though on two occasions, exorcisms were attempted, these measures seemed only to agitate the situation.

After a concerned family friend doused holy water throughout the home, the Black Monk of Pontefract responded by painting upside-down crosses on the living room walls and doors, and destroying the crucifixes that decorated the Pritchard house.

The physical manifestation of the poltergeist did not occur until quite late in the haunting. The figure first appeared to Joe and Jean Pritchard while they lay in bed. The two allegedly saw a black-cloaked figure (with the cowl over its head) hovering over their bed, but it soon dissipated. On a few subsequent occasions, other members of the home as well as visitors reported seeing a figure that looked like a monk, though no one ever glimpsed a face underneath the robes. The haunting abruptly ceased although there have been rumblings of a restart of activity since the house was opened to visitors as part of the films launch but these rumored events reek of PR more than Poltergeist.