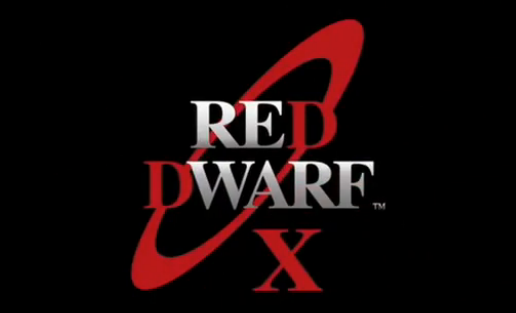 So Red Dwarf 10 starts tonight at 9pm BST on Dave and Dave HD will you be joining Lister, Rimmer, The Cat, Kryten and Holly on their latest trek through the stars?

I personally cannot wait, I’ve been an avid Dwarfer since the series began in 1988 where at 11 years young I used to sit snuggled up with my Mum watching it and we would both be laughing at the sheer lunacy that is Red Dwarf, I hope Red Dwarf 10 is a return to form.

Who Can forget Talkie Toaster?

In the First episode of Red Dwarf 10 Rimmer receives an SOS Distress Call from a doomed ship commanded by his all-conquering brother, Howard. But Rimmer can’t bring himself to save Howard until he’s on an equal footing career-wise. He has 15 hours to pass his Astro-Nav exam and become an Officer. The same exam he’s already failed ten times. There is only one way around it. Cheating.

Every year Lister sends himself a Father’s Day card to celebrate the fact that he is his own father, but when Rimmer points out he’s been a lousy father to himself Lister decides to do something about it. Meanwhile, Rimmer and Kryten install a new computer; the beautiful, but lethally logical, Pree.

Marooned in Britain in 23 AD, the Dwarfers need an 8-volt battery to power up their Returner Remote and get home. Remembering a lesson from school Rimmer suggests they make a battery out of lemons but the nearest lemon to Britain in 23 AD is in India 4,000 miles away. They begin their journey, a journey that will ultimately lead them to a meeting with an historical A-List Celebrity that could alter the entire history of civilisation.

Lister loses Rimmer in a game of poker to a group of Genetically Engineered Life Forms (GELF) and in return gets an unwanted gift: a groinal exploder programmed to detonate in 24-hours unless Lister pays his debts. Meanwhile, Kryten and Cat become quantum entangled and do everything in perfect unison.

Lister has women trouble when he gets himself in a love triangle with Snack Dispensers 23 and 34, then to make matters worse he gets a letter from an old girlfriend telling him she’s pregnant and it might be his. Lister and Rimmer hunt through the mountain of letters from the mail pod to discover if Lister is finally a dad.

In the last episode of Red Dwarf 10 we find our “Heroes” Hiding in an Asteroid, surrounded by a Simulant Death Ship and a fleet of Annihilators, the Dwarfers begin to wonder whether this is the beginning of the end. Only one man can save them. Unfortunately that man is Arnold J. Rimmer.

Did you enjoy Red Dwarf 10? Then feel free to comment below all comments are subject to admin approval.

Scripts that didn’t make it into Red Dwarf

Originally to be the second episode of Series I, and would have involved Rimmer going insane trying to deal with his intangibility and attempting to build himself a new body by stealing parts of Lister’s.

This idea was, in a way, used in the episode “Bodyswap” in Series III. It was dropped, and “Me2” filled the sixth spot in the first series.

This would have been the opening episode to Series III. It was to be a direct continuation of the earlier episode “Parallel Universe” (the last episode of Series II), and would deal primarily with Lister’s pregnancy.

The idea was ultimately rejected by Grant and Naylor who felt that the script was unfunny and possibly sexist. The events were referenced in the pre-title sequence of the episode “Backwards”.

This episode was going to be in Series VII but was replaced by “Duct Soup” for budgetary reasons. A reconstructed version of the episode, (read by Chris Barrie), appears on the Series VII DVD release.

The Cat is fatally ill, with only one cure: he has to have sex. They travel to a GELF village, where a female cat called Aura is being held prisoner for auction. Lister, Rimmer and Kryten have to save Aura and get her to fall in love with the Cat before he dies from being a virgin.